"A persuasively blended sense of musicality"

"Playing with remarkable ensemble and an elevated level of expertise"

As one of the world’s finest brass bands, the WFEL Fairey Band is renowned for its high level of musicality and expertise. Playing an eclectic style of music ranging from the more traditional hymns and marches, to popular classics, jazz and film music and both original traditional and contemporary brass band repertoire, the band prides itself on delivering exciting and emotional performances to cater to a range of different audiences and events.

The versatility of the band has been explored and demonstrated in the wide array of events at which we perform, which include not only traditional style brass band concerts, but also accompanying professional theatre productions (including the Rambert Ballet and The Gary Clarke Company), a range of high-profile media events and of course our Acid Brass engagements. The band strives to bring a fresh approach to our audiences and continue to blend the traditional with the innovative and we welcome joint ventures with other bands, choirs and musical groups, smaller group and private engagements and we can also provide and support training and youth development events.

The WFEL Fairey Band in Concert

Fairey’s in the Media

The WFEL Fairey Band is not only in demand on the concert stage but our music is often seen and heard on television and radio due to the band’s versatility and eclecticism. Our Acid Brass recordings have been used as incidental music for the BBC’s ‘Great Pottery Throwdown’ and ‘The Last Miners’ programmes and as part of an advert in the build up to the Royal Wedding of Prince William and the band has performed specifically for a variety of television shows. 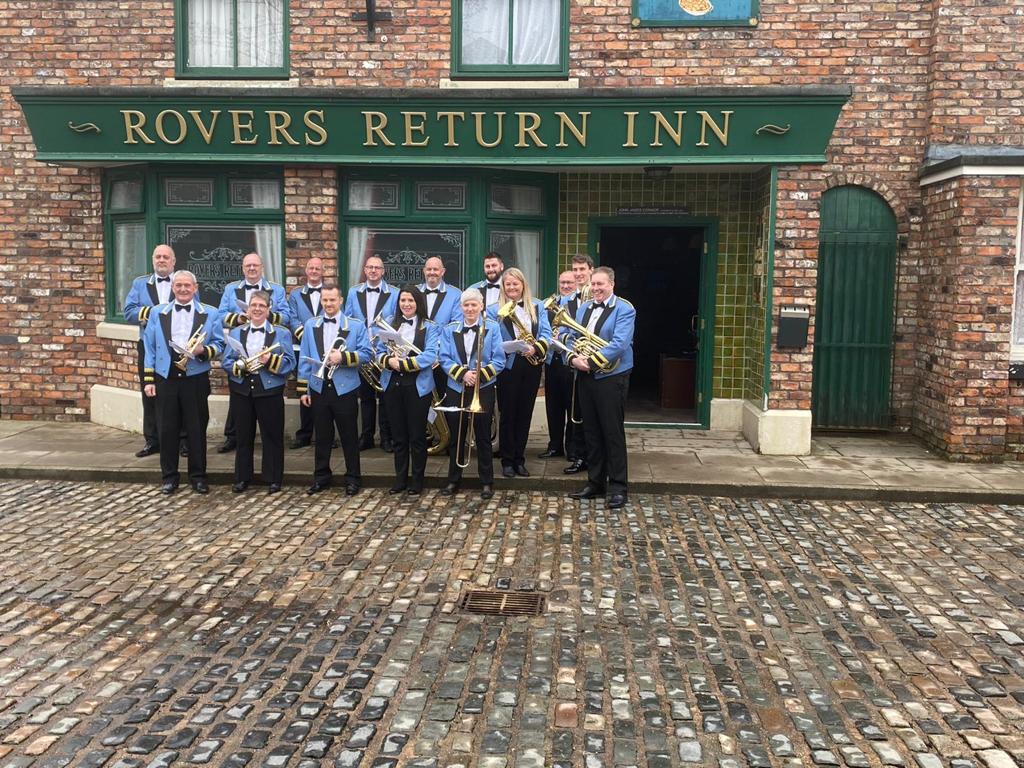 The most recent performance has seen the band adding a touch of nostalgia to the Coronation Street theme tune as part of a new BBC music series called The Sound of TV. Presented by the composer and international concert pianist Neil Brand, and produced by the award-winning Brook Lapping company in London, the series saw the band perform on the famous ‘cobbles’ of the iconic Manchester show.

Another of the band’s recent television appearances was for Sky Arts’ Brass Band Wonderland in the unique and impressive venue of Peak Cavern in the Peak District. This was an opportunity for the band to link up with renowned artists such as Russell Watson, Collabro, Jason Manford and The Hackney Colliery Band. The event is an example of The Fairey Band continuing to deliver brass band music to new audiences and also demonstrates the band’s ability to provide high class music making in a range of genres. 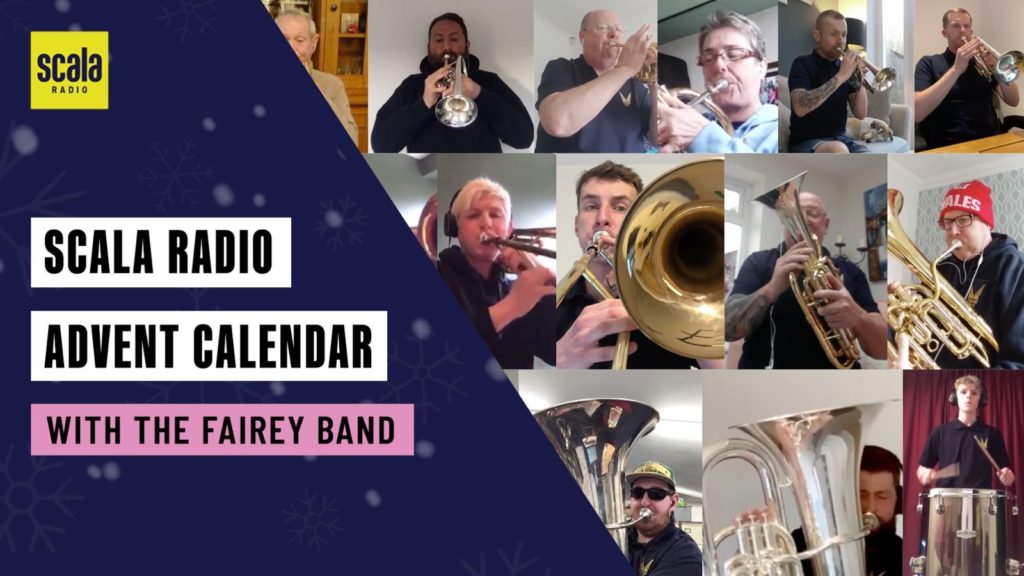 The band also features regularly on Scala Radio, with our first socially-distanced video recording of the hymn tune Slane specifically capturing the imagination of listeners over lockdown and being voted one of the highlights of the year and featuring as part of their musical advent calendar. 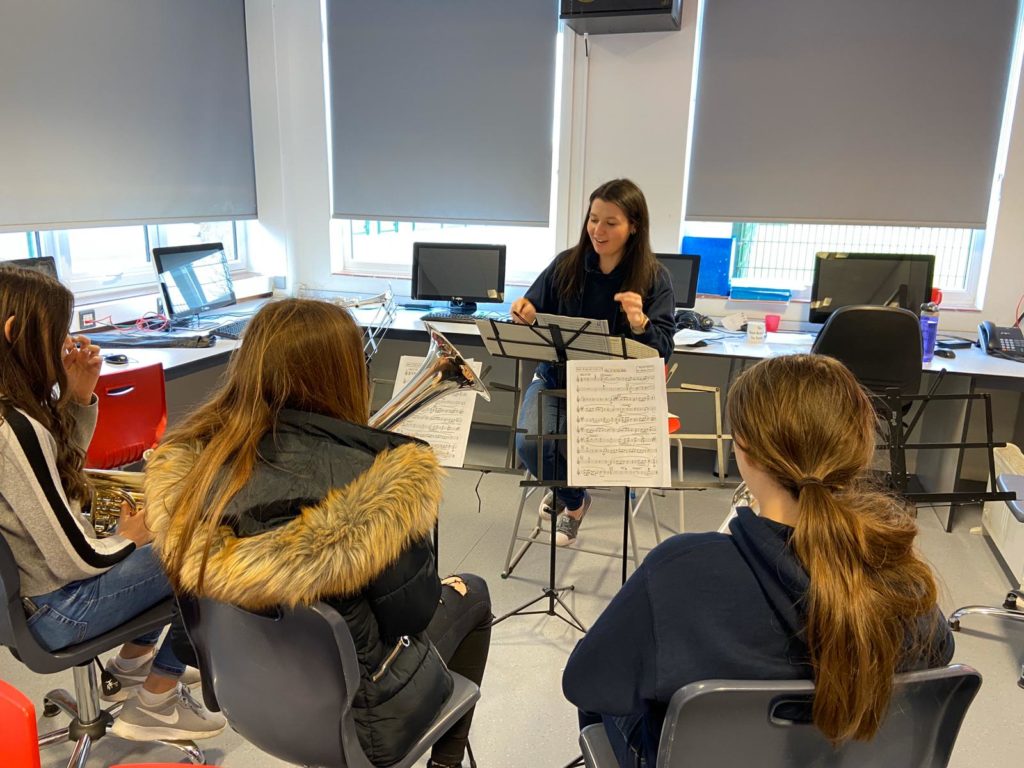 The WFEL Fairey Band is passionate about its role in developing players of the future and is regularly requested to support and run workshops and training days with a variety of musical groups. Not only are our tutors top quality musicians, they also have a vast range of experience in working in music education, including though tutoring in national and international brass band summer schools and training events and as classroom and peripatetic music teachers. Training days are tailored to the requirements of your organisation and can take a variety of formats, including leading full rehearsals and/or sectionals and masterclasses, providing one to one lessons and preparing a programme which leads to a joint concert with the Fairey band. We are proud to have worked with various groups across Greater Manchester over the last few years including our annual training day and workshop with the Stockport Schools’ Bands. The band continues to find new ways of engaging with developing musicians, including a joint venture with Brass Bands England to inspire young performers online through lockdown.

Read some of our concert reviews:

"The level of respect held for the late Stan Kitchen following his long and dedicated commitment, unselfishly given to the brass band movement, was marked by the appropriate gauge of touching reflection that underpinned this concert."
Click to read more
The renowned Fairey Band was back in concert at Lytham Methodist Church for the fourth time. Since it’s visit last year the band achieved second place at the prestigious National Brass Band Championship at Royal Albert Hall, London.
Click to read more
Fairey Band returned to the Stroud Subscription Rooms for the second time in nine months to provide a thoroughly entertaining afternoon concert under guest conductor Richard Evans. Knowing just what works and what doesn’t for an occasion such as this, the maestro balanced something new with something old, the familiar with the slightly obscure.
Click to read more
Paul Hindmarsh’s expert curatorship of the festival has enabled Fairey to become the historical touchstone of the RNCM weekend.
This year, three of the works utilised 19th century hymn tunes reaching as far back as the early 1800s, with the lineage connection ending in 1995 with Martin Ellerby’s ‘Euphonium Concerto’. Like Black Dyke the night before, it was a programme that perfectly suited the band’s persuasively blended sense of musicality.
Click to read more
A cosmopolitan audience braved a wet London night to be rewarded with an excellent concert programme that contained items from their recent CD release and a sneak preview of Howard Snell's magnificent arrangement of ‘Daphnis et Chloe’.
The band's professional conductor, Russell Gray led the first half entertainment, and after the march and overture, ‘Beaufighters’ and ‘Ruslan & Lyudmila’ respectively, it was clear that the band was in fine form and intent on enjoying themselves.
Click to read more
Follow Us
Scroll to top