Jeremy Deller was born in London and educated at Dulwich College and the Courtauld Institute of Art (University of London); he achieved his MA in Art History at the University of Sussex under David Alan Mellor.

In 1997, Deller embarked on Acid Brass, a musical collaboration with the Williams Fairey Brass Band from Stockport. The project was based on fusing the music of a traditional brass band with acid house and Detroit techno. 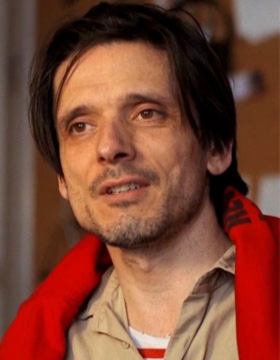 In 2004, for the opening of Manifesta 5, the roving European Biennial of Contemporary art, Deller organised a Social Parade through the streets of the city of Donostia-San Sebastian, drafting in cadres of local alternative societies and support groups to participate.

Deller was the winner of the Turner Prize in 2004. His show at Tate Britain included documentation on Battle of Orgreave and an installation Memory Bucket (2003), a documentary about Crawford, Texas – the hometown of George W. Bush – and the siege in nearby Waco.

In 2006, he was involved in a touring exhibit of contemporary British folk art, in collaboration with Alan Kane. In late

2006, he instigated The Bat House Project, an architectural competition open to the public for a bat house on the outskirts of London.

Much of Deller’s work is collaborative. His work has a strong political aspect, in the subjects dealt with and also the devaluation of artistic ego through the involvement of other people in the creative process. Folk Archive is a tour of “people’s art” and has been exhibited throughout the UK including at Barbican Centre and most recently (2013) at The Public, West Bromwich, outside of the contemporary art institution. Much of his work is ephemeral in nature and avoids commodification.

In 2007, Deller was appointed a Trustee of the Tate Gallery.

The following year, ‘The Posters Came from the Walls’, a documentary co-directed with Nick Abrahams about Depeche Mode fans around the world was premiered at the London Film Festival, and followed by festival screenings around the world.

In 2009, Deller created Procession, a free and uniquely Mancunian parade through the centre of Manchester along Deansgate, a co-commission by Manchester International Festival and Cornerhouse. Procession worked with diverse groups of people drawn from the 10 boroughs of Manchester and took place on Sunday 5 July at 1400 hrs.

Commissioned in 2009 as part of The Three M Project (a group composed of the New Museum, New York; the Hammer Museum, LA; and the Museum of Contemporary Art, Chicago, to exhibit and commission new works of art), Deller created It Is What It Is: Conversations About Iraq. The project was designed to foster public discussion by having guest experts engage museum visitors in a free-form, unscripted dialogue about issues concerning Iraq. 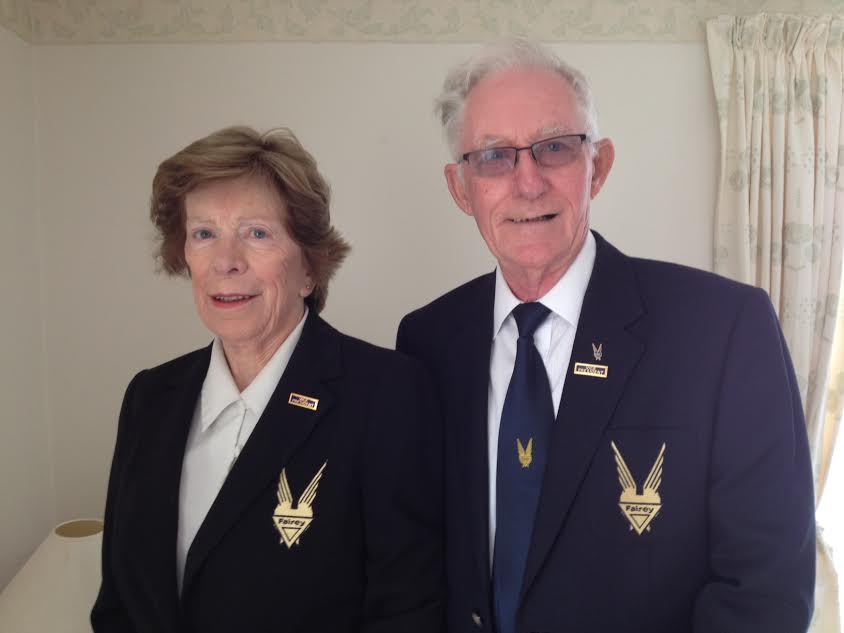 Tony and Margaret Greenham are residents of the small Dorset town of Beaminster. They have been associated with the Fairey Band since the first concert in the local Parish Church in 1979. Every year (sometimes more than once) the band return to a huge welcome from Tony, Margaret and many hosts from the town. Over the years the hospitality received from Tony and Margaret has been astounding and they have more than earned their honorary VP stripes!

Here is their story:

“In 1977 the Fairey Band gave a concert in Crewkerne. We hosted 3 players and struck up a friendship with one of them, Cliff Colwell a bass player. He invited us to spend several holidays with his family near Stockport and consequently we went to several Fairey concerts in the area. Cliff wanted the band to come to Beaminster so at one of the conerts we asked the Musical Director Walter Hargreaves if he would do just that. He agreed there and then on condition we supplied him with some bottles of whiskey. The date was booked for September 22nd 1979. A milestone tomorrow. Sadly Cliff who arranged it all died of a heart attack on July 1st 1979. The band still came, their very first concert in Beaminster bringing with them the wonderful British Open championship shield they had just won at Belle Vue, Manchester and Walter had his whiskey. All the band had dinner at 18 Higher Green (steak and kidney pie and trifle as Cliff had requested). Since then the band has become a firm favourite in Beaminster making many friends even though the players change from time to time. Although one player in the band has been coming to every concert, Brian Taylor then the band’s principal cornet. At that very first concert he played “The Water Mill” a cornet solo. We have also been very lucky to have had many famous conductors/composers conduct the band, Major Peter Parkes, Walter Hargreaves, Dr Roy Newsome, Derek Broadbent, Howard Snell and the wonderful Eric Ball who on one occasion conducted his own composition “Journey to Freedom”. Many thanks must go to all the helpers, hosts and sponsors in Beaminster and the surrounding areas who over all the past years have helped make this all possible.”