The people behind the music

The WFEL Fairey Band is made up of top quality musicians. Whilst some of our players play professionally, the majority of our players are amateur music makers. Historically, when the band started, almost all of our players worked in the Williams Fairey Engineering Factory and outside of work hours players dedicated a significant amount of time to the band and rehearsing. Although times have changed, the passion and enjoyment for playing in the band and making music has not. We rehearse twice a week on the grounds of WFEL in Heaton Chapel, Stockport and this passion brings our players together with the aim of making music to a high level, interacting musically with our audiences and continuing to represent the world famous Fairey Band.

Meet some of our musicians

Janet started playing the cornet at the age of 10 with Glossop Junior Band and within 18 months had progressed to the ‘Senior’ band, Glossop Old Band, and has had several spells with the band. A versatile instrumentalist, over the years Janet has played cornet and flugel for several local bands including Stalybridge, Dobcross Silver, British Aerospace, Ashton Under Lyne and Besses o’ the Barn, and has also had successful spells at bands further afield including Leyland and Carlton Main Frickley Colliery Band on flugel.

Janet’s day job is Senior Procurement Officer for The University of Manchester where she buys anything from pens to Mass Spectrometers – quite a job for someone who has an aversion to shopping!  She is a keen rugby league fan and follows Leeds Rhino’s whenever band allows. 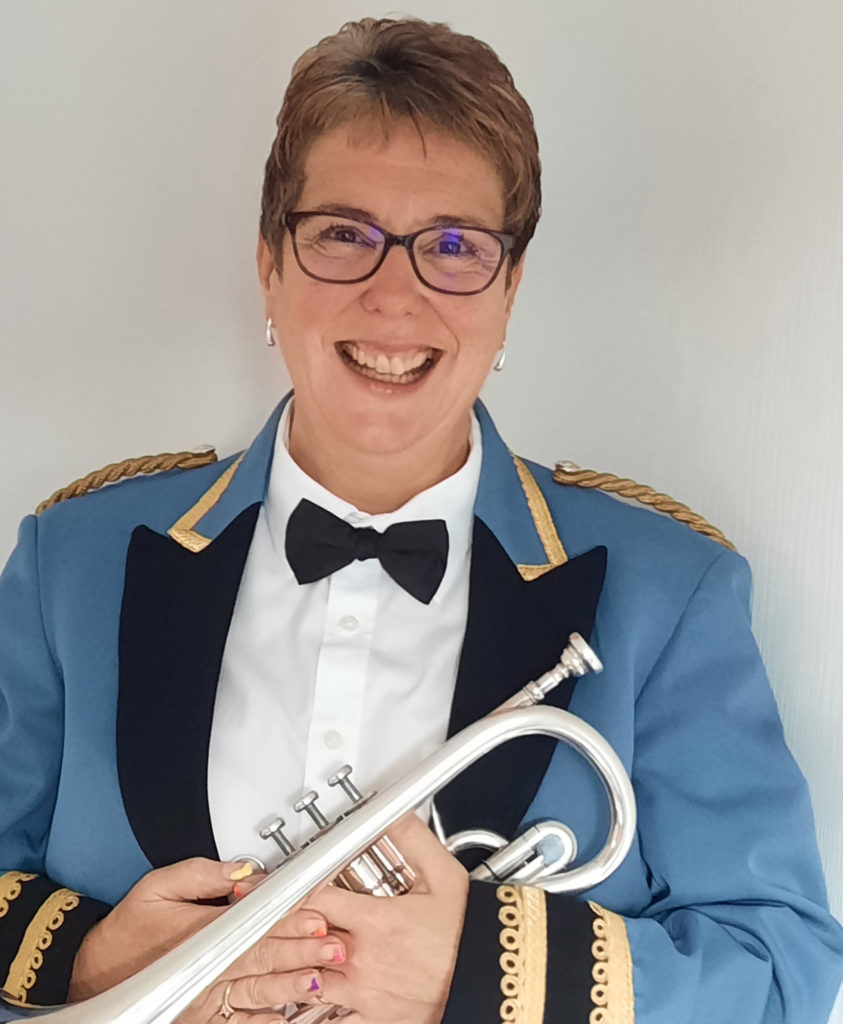 Jimmy is one of our longest serving members having joined the band in 1983. He started learning to play the cornet in his hometown of Whitburn at the age of 11 and in 1970 he became a member of the Whitburn Band. In the seven and a half years he was at the band, he progressively moved up the ranks to assistant principal cornet. Jimmy then joined Clydebank Burgh Band on principal cornet for 18 months before joining Foden’s Motor Works band on the front row for a year, then on to Repiano for the second year.

Jimmy left Foden’s in 1981 to join the Brighouse & Rastrick Band, who were National Champions at the time.  He enjoyed two great years with ‘Briggus’ before finding his spiritual home across the Pennines joining the World Famous Fairey Band where he has now become part of the furniture.

Jimmy is one of only three members of the current band who at some point have worked for the Fairey Engineering Company and is an integral part of the band not only as a valued member of the cornet section but also as the band’s very busy librarian. 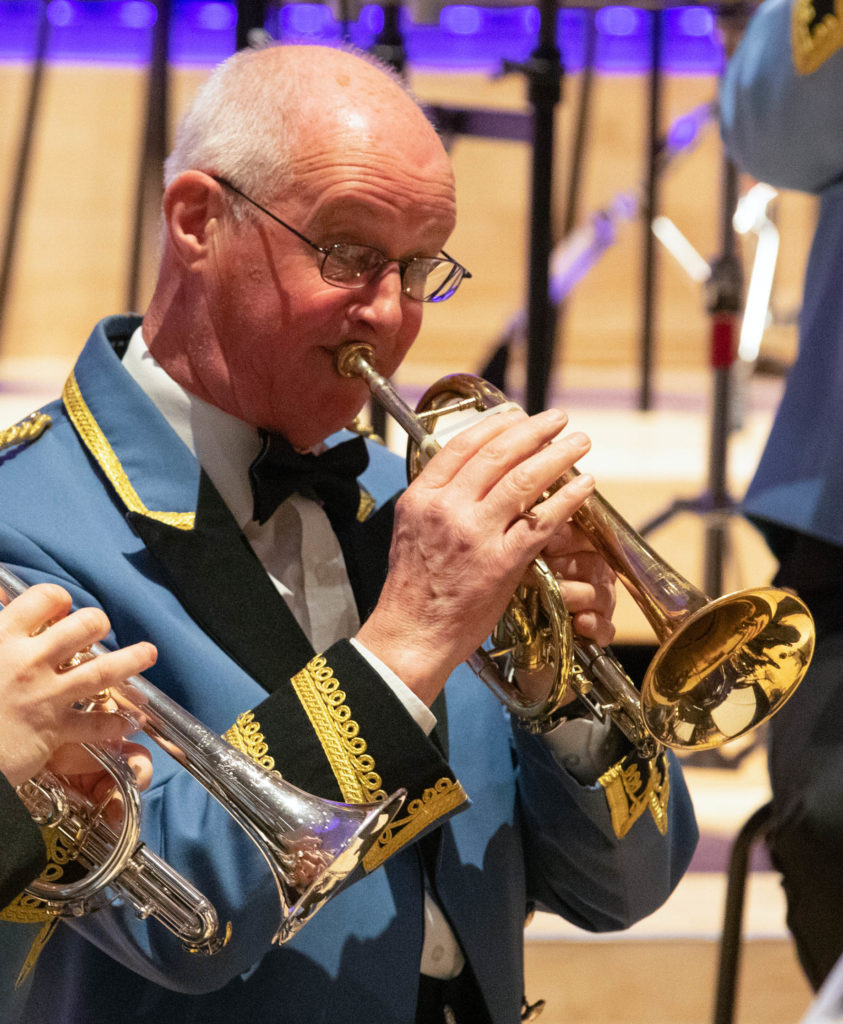 Vickie hails from Swaledale in North Yorkshire and started playing tenor horn when her father encouraged her and her two sisters to join the two local bands, Muker Silver and Reeth Brass Band. Although brass was her main instrumental passion growing up, Vickie is a multi-instrumentalist having gained grade 8 on tenor horn, French horn, recorder and saxophone before she left school. Her interest in the French horn developed when given the opportunity to play in the wind band and orchestra at school and she eventually went on to study the French horn and tenor Horn at the University of Huddersfield. During this time, she played for the Carlton Main Frickley Colliery Band and Pennine Brass before moving across the Pennines to study for a Masters in music performance at the Royal Northern College of Music, under the guidance of French horn virtuoso Frank Lloyd.

Vickie is passionate about music education and is currently Assistant Head of Performing Arts at Cheadle Hulme High School. After several years of focusing on French Horn following completion of her studies, she returned to the tenor horn when invited to join the Fairey Band in 2012. With Rebecca joining the band a few months later, the appointment has seen both sisters once again playing in the same band several years after starting together in the local bands in the Dales, an experience that Vickie says has made playing for the world famous Fairey Band even more special! 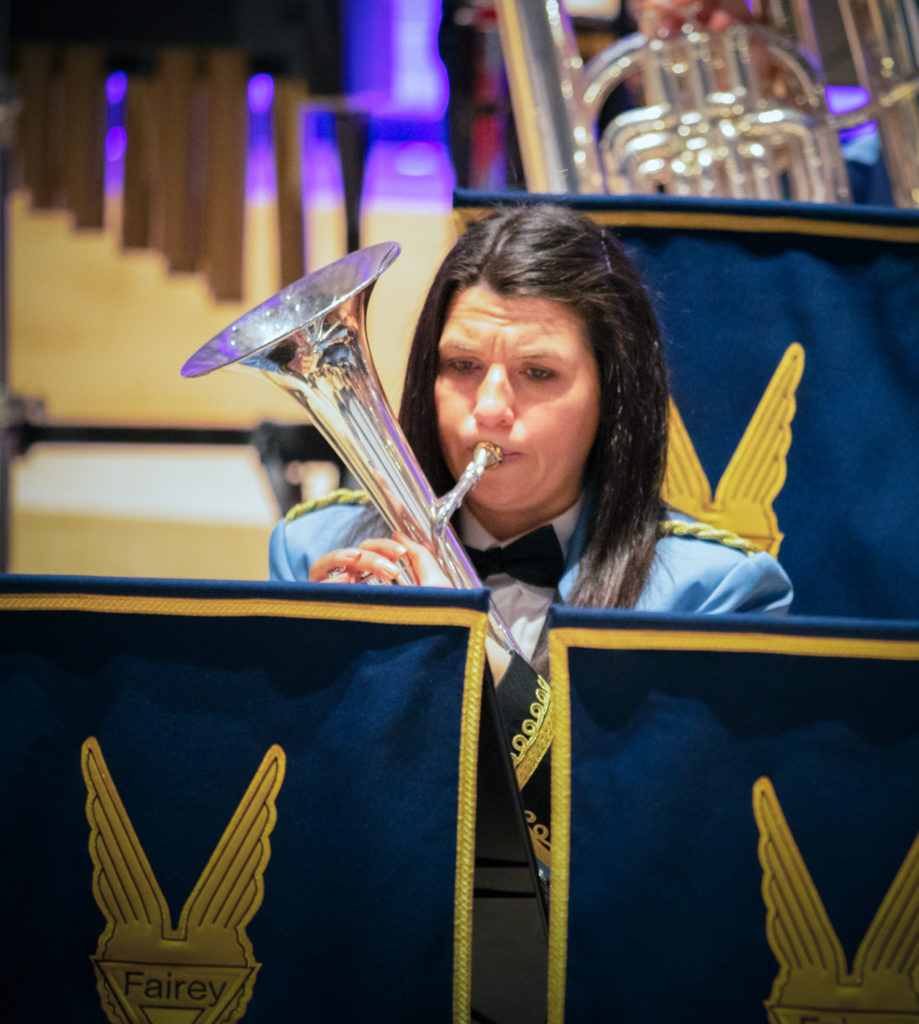 Originally from Northern Ireland, Ciaran began playing euphonium at Bangor Salvation Army. Through his teenage years he was also a member of County Down’s Youth Wind band, the Laganvale Band, the NI Youth Brass Band as well as being the first player to represent Northern Ireland in the National Youth Brass Band of Great Britain. Before leaving school, he gained an ATCL diploma in performance on euphonium.

Following a move to England to attend the RNCM, Ciaran enjoyed his first stint on baritone with Desford Colliery winning the Midland Area, and then a move to the Black Dyke Band. Ciaran moved to Lincolnshire where he was quickly snapped up by the Ransomes Band and since played Principal Euphonium for Thoresby Colliery and Carlton Main Frickley Colliery, along with professional work with the Ulster Orchestra and the Yorkshire Wind Orchestra. When at Carlton Main, he decided to make the switch to Solo Baritone which raised the interest of Brighouse & Rastrick, to whom he joined for a successful 10 year period, winning the National Finals three times and represented England at the Europeans on two occasions.

Outside of banding, Ciaran is a Senior Delivery Manager for Gear4music.com. 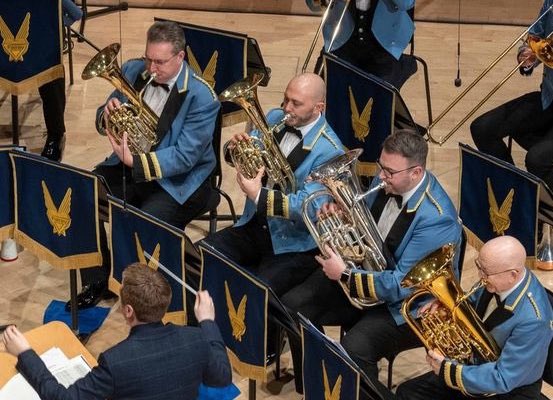